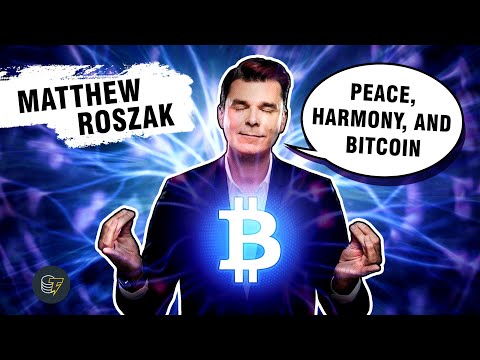 The Blockchain and Us: Matthew Roszak on "Trillion-dollar protocols"

Matthew Roszak shares how we're transitioning from an old model where money use to equal to power changing to money becoming technology via the rise of crypt... Matthew Roszak, the co-founder and managing partner of SilkRoad Equity, a global private investment firm, and co-founder and chairman of Bloq, discusses how he got into the Bitcoin market with Bloc... Chairman & Co-Founder, Bloq The next decade presents a unique opportunity for miners, technologists and investors, advancing our industry and attracting inst... Bloq co-founder and venture capitalist Matthew Roszak discusses his best investments, crypto dinners, and a future cloud network built on blockchain. 0:00 In... 01:15:53 Is Bitcoin merely a payment system or is it much more as an asset class? ... MATTHEW ROSZAK, Co-founder of Bloq, Inc., MELTEM DEMIRORS, Chief Strategic Officer at Coinshares 01:44:10 What ...