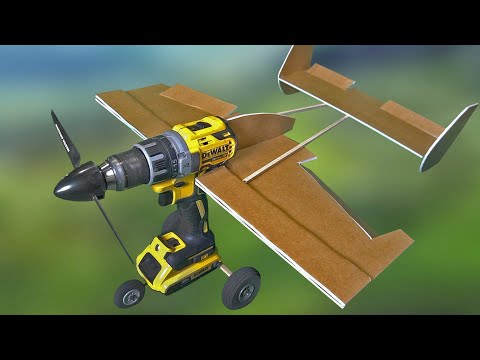 Bitcoin Foundation: Where did all the Money Go?

This week Charles Hoskinson posted a thoughtful post on the Bitcoin Foundation and his idea that an audit would help the organization break from the past.
I'm happy to support an audit provided someone can lead it and do the work involved and/ or support the costs of one.
I do remain skeptical of the value of an audit. We all know that a lot of money was wasted and lost - I detail the basics of the 2014 spending below -- it is unlikely worse than imagined as all the funds are essentially gone. I don't think much can be done about past mistakes, the people involved are no longer with the organization.
Also this week, someone on an anti-Bitcoin sub posted this data from the 990 forms and was afraid it would be censored if posted on Bitcoin.
I'm happy to post it for them, minus the color commentary and a couple of minor factual inaccuracies.
They also implied that some people would want to not have this information brought to light. I'm more than glad to. I don't defend these financial decisions as I had nothing to do with them. I also had thought the 2014 990 form with this was posted once completed this summer. At that time we were going through a website and server change and I was also recovering from a car accident, so if it was posted it wasn't in the proper place. For not having the 990 form posted in the correct section a few months back , that's on me and I'm sorry.
The bigger matter is the financials themselves.
I don't defend these financials, I certainly don't apologize for them or attempt to justify them. I had nothing whatsoever to do with these decisions.
As you can see the spending / loss was caused by:
1) a large drop in Bitcoin value costing millions of dollars - the peak foundation assets were calculated based on a Bitcoin price in the $800 range -- so, had they simply held those coins it would have seen the $6-7 million fall to $2 million or so
2) ridiculously wasteful and reckless spending
3) reasonable and legitimate expenses such as Gavin and dev salaries
I have not been presented any evidence of any theft, criminal act or similar wrongdoing but would be happy to pay a bounty of at least 10% for anyone with information and evidence of any such act leading to recovery of any funds which were misappropriated or stolen. Those who imply that there is any wrongdoing at the foundation now or by those involved now should come forward with evidence or at least a solid and specific accusation. If presented with any such evidence I would work to have justice done.
It seems strange that so many make an effort to tie those involved now to the sins of the past.
This is the point of a turnaround; to take what an organization has and make it as useful as possible. Many people think that the change in management and new focus, combined with a new mission statement can help the organization to help Bitcoin more.
I wish that the foundation hadn't had so many problems. I did think it was worthwhile to try to help the organization.
Here are the finances:
Salaries
Gavin Andresen: $147k. Chief Scientist. Salary down from $209k (salary was higher in 2013 as it was pegged to BTCUSD)
Jodie Brady: $141k. COO of the Foundation, who also served as CFO at CoinLab (Peter Vessenes' affiliate company).
Jon Matonis: $137.5k through "THE HOLE OF ROY LLC". Salary up from $31k. Jon Matonis acted as Executive Director up to October 2014.
Patrick Murck: $115k. Executive Director of the Foundation (as of November 2014). Salary up from $57k.
Contractors:
"LOCAL PRODUCER" was paid $790k to host Bitcoin 2014 in Amsterdam.
Apple Fundraising Consultants were also paid $123k for activities related to the aforementioned conference.
THEPOLICYCOUNCILCOM INC as the Foundation's 'Global Policy Counsel', paid $114k for about 9 months of work in 2014.
And the breakdown of the functional expenses, oh, so many expenses: Office Expenses: $39k up from $8k in 2013.
Information Technology: $158k up from $67k
Travel: $159k up from $69k
Occupancy: $18k up from $7k.
Accounting: $50.5k up from $9.1k.
Legal fees: $220k up from $161k.
Other: $653k, consisting of:
Professional services: $307k
Public relations: $93k
Executive Directory Compensation: $137.5k
Professional event expenses: $115k
Other salaries and wages: $471k up from $72k
Revenues : Membership dues: $335k down from $358k Conference revenue: $584k up from $337k At the end of 2014 not much was left: $366k.
2015
The beginning of 2015 still had many expenses similar to the above. At the time I came aboard those costs reduced dramatically. There were still high outstanding legal and accounting bills as well as the bitnodes funding and Bitcoin.org funding and other previous obligations that were paid.
Current spending is in the $8k / mo range
Current expenses:
Board salaries: $0
Executive Director salary: $0
All reimbursements for travel: in the range of $3000 - primarily for three speakers airfare and hotel (me, Gavin and Andreas) to DevCore, $600 in pizza for the attendees etc.
Aside from one economy flight to DevCore and the hotel I have personally not been reimbursed for any travel. I have paid some costs from my own credit card for web hosting etc which were also reimbursed - this is also a small amount, perhaps in the $2000 range
Current salaries include one part time bookkeeper and one almost full time ops director.
I'd love any feedback about what the organization can do to break from the past. We could close, sure. I'm not convinced that is what's best for Bitcoin and 8/10 top voted candidates from the last four elections don't think that's what the members want. What else can an organization do to move forward?
EDIT: BTW, here is the mission statement posted a couple weeks back by the new board - IMHO it's more productive to focus on this than the past https://github.com/BruceFenton/bitcoinfoundationplan

• Bruce Fenton is definitely a distinct personality in the Bitcoin space. After working as a stock market broker for about two decades, he chose to walk. 13.9 C. Amsterdam. 20 October 2020. Home; News. News. Founder of DeFi’s Yearn.finance (YFI) just launched another… 20 October 2020. News. BestChange.Com: Over 250+ Exchanges To Select The Best… 20 October 2020. News. Massive Prize ... The Bitcoin Foundation has elected a new executive director and the chosen one is investor and Bitcoin activist Bruce Fenton. The foundation’s Lifetime Member garnered five positive votes againt one abstain after being named by the board as “the best candidate for the job.” “Today, the Bitcoin Foundation welcomed a new executive director, Bruce Fenton. Longtime bitcoin advocate Bruce Fenton has created a new broker-dealer for digital asset firms and financial advisors called Watchdog Capital. The firm is registered with the U.S. Securities and Exchange Commission andRead More… This is a subreddit dedicated to Coin Brief. Please, feel free to ask us any questions, submit anything we may find useful, or just discuss our... Profitability Calculator Charts; Bitcoin Minning Hardware; Bitcoin Minning Software-News; Contact; Blog Archives Bruce Fenton: ISIS terrorist bitcoin piece is “phony” Posted on 8th July, 2014. Atlantic Financial founder and bitcoin enthusiast Bruce Fenton spends a lot of time in the Middle East. As an economic strategist focused on investment, and as the self-proclaimed owner of a 25-year ...

Выступление Валерия Литвина с презентацией "Блокчейн. Разрыв Шаблона" на Bitcoin & Blockchain Meetup Minsk #1 To start, the definition of private equity is pretty simple: those two words its: 'Private' -- meaning not public like IBM or Facebook which you can buy stock on the exchange and its 'Equity ... Mark Felton Productions is a STRICTLY NON-POLITICAL history channel presenting films by leading military historian and author Dr. Mark Felton on a variety of... Impressum / Anbieterkennzeichnung Betreiber des Kanals ist Der Neue Wiesentbote c/o faktor i medienservice www.faktori.de Verantwortlich für diesen Kanal: Al... Enjoy the videos and music you love, upload original content, and share it all with friends, family, and the world on YouTube.